We just finished Twilight Camp (some areas have Day Camp) and families are heading off for summer vacation. Camp is such an asset to small dens in meeting requirements for multiple ages.  Because I'm in a small combined den of wolf, bear and webelos, I have to send homework home regularly.    I only have one Bear and he is going out of town for a month so I decided to have one activity for the Bear's Fur, Feathers and Ferns Adventure and pick out the activities that parents just may wish the den would take care of so they don't have to worry about it at home.  So here goes...

Gathering Activity:  Knots - We did this for 10 minutes.  This is a target activity aimed at those scouts who may not have met all the requirements for knot tying.  For example,  the Bears and Webelos have to teach a younger scout how to tie certain knots. The other boys can practice knots they know while you target the scouts who need to pass off a requirement.(Wolf, Call of the Wild #2, Bear, Bear Necessities #8, Arrow of Light, Camper #5)

Activity 1: Composting- I really did not want to send the boys home with their own little gross cup of compost  (especially since 2 of the boys are my own ) so we discussed the purpose of composting and made a composting bucket.  My husband (and den leader)  drilled the holes in the bucket beforehand.  I used the tutorial I found online here. We did not add Bokashi and I added water after we brought it back home.  Here is what we used in our compost bucket:  bag of used coffee grounds donated from Starbucks, a few kitchen scraps (avocado skin, egg shells, veggie scraps), dead leaves from a limb pruned from our tree, grass clippings from a freshly mowed lawn and a little leftover potting soil we used in the next activity.  The boys had an impressive knowledge of composting and they enjoyed adding layers to the bucket.  I promised to roll the bucket everyday and bring the finished product back in a few weeks.  I'll add a picture of our finished compost. (Bear: Fur, Feathers and Ferns #6)

Update:  Here is a picture of our beautiful compost after a few weeks. Truth be told I wasn't very consistent at rolling the bucket everyday, but look how awesome it turned out!  I can't believe how easy that was!  I really want to plant something now! 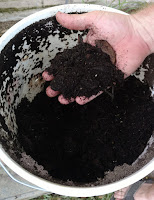 Activity 2: The requirement is to plant a vegetable or herb garden.  I had an aloe vera plant that seems to stay alive without much effort on my part.  I don't have a green thumb and it's my only plant that hasn't died!  I did some research on YouTube university on how to propagate the aloe vera pups. With my Bear scout going out of town, I thought this would be the best bet for his garden.  My local grocer (HEB) had used containers they sold me for 50 cents and I had so many pups that each boy transplanted 2-3 in his pot.  What fun!  (Bear: Fur, Feathers and Ferns #7) 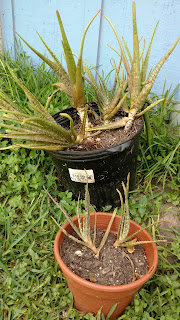 Opening:  Since we had moved back into the building to wash hands and cool off, we stopped here to have our prayer, pledge, scout oath and Scout law.

Activity 3: Vegetable Olympics - This was by far the fun part of our meeting!  Find the game here. We played the Bean Planting Relay.  Since we don't have a big group we just timed each boy and called out winners.  Next we had a Potato Piercing tournament. Yes... you can catch a potato on a fork if you throw it up and catch it.  We just so happened to have the exact same amount of girls in the building as cubscouts so we invited them to play the Rabbit Feed relay.  Boys against girls...What a Blast!!  Since the girls were having so much fun, we included them on our last game of  Vegetable Alphabet.  We didn't have time to do the game as listed here so I showed them an alphabet card with a letter on it and whichever team called out a food starting with that letter first, got the point.

This turned out to be a fun activity.  We closed with a prayer and had ice cream sandwiches for dessert. 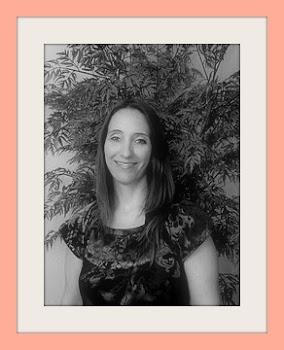